Using normal day-to-day objects, we are about to create something NEW. for this project I used nuts and bolts, colorful yarn, wire, plastic crystals and glue.
Part I
Making connections: Develop three joint systems

My laptop has crashed recently and I lost some photos of the initial joint systems. Gladly there are the drawing which are nonetheless accurate and realistic. 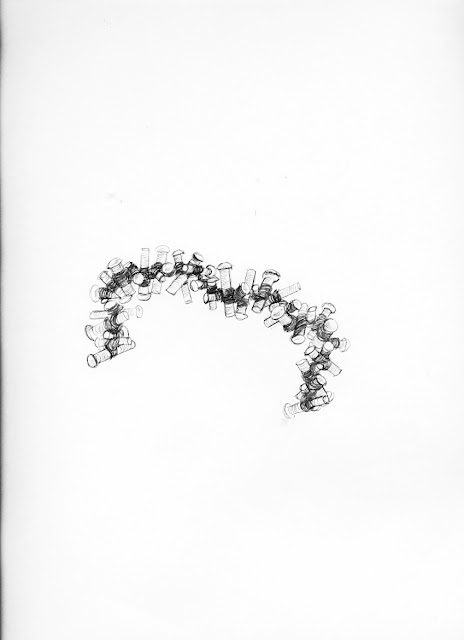 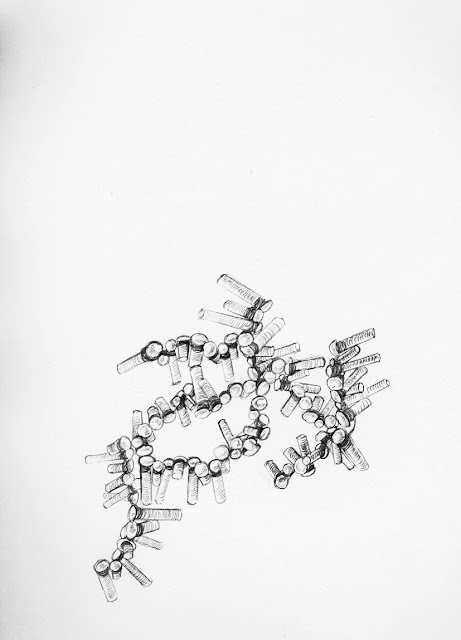 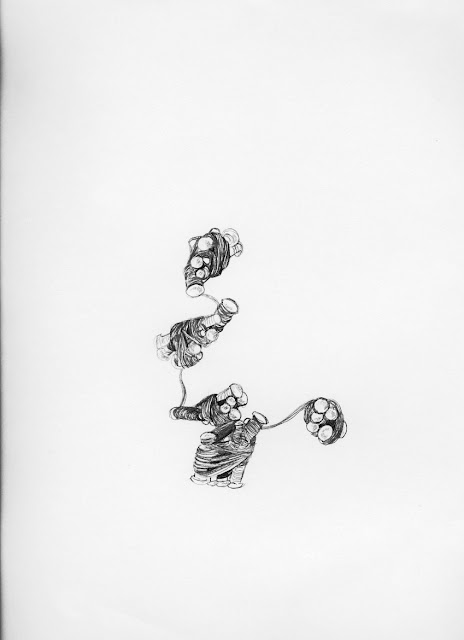 Part II
After completing three joint systems, I did some visual research on growth. I found the growth of cactus interesting. There are many varieties and I used collaging to combine the three joined systems as well as exploring different types of growth. 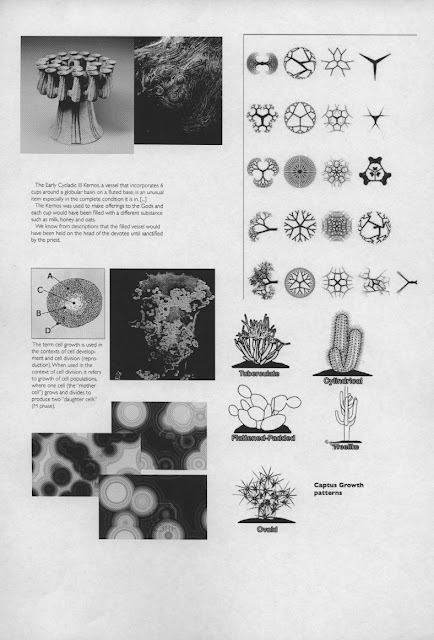 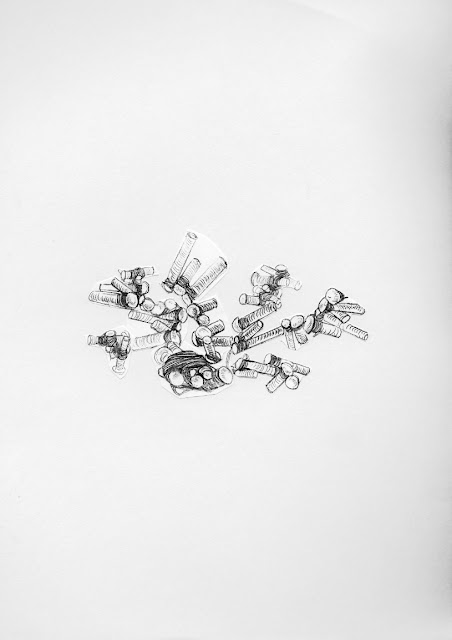 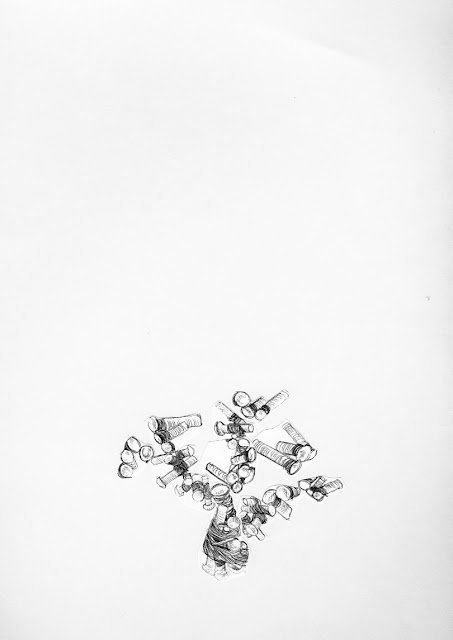 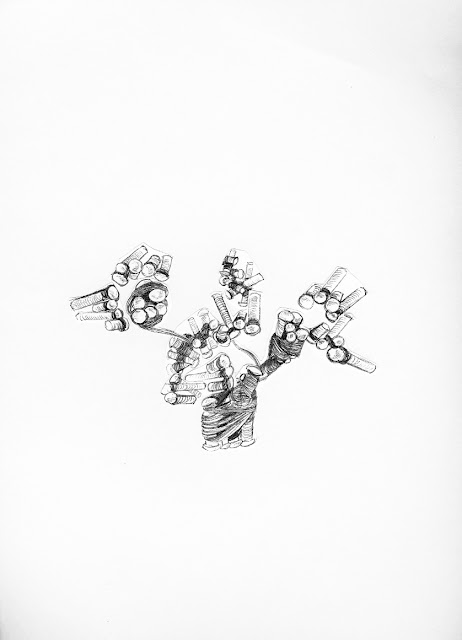 Part III
Looking at the collages I began to make the actual composition using the materials I had. I first made many sub-element, consisting of a few screws with different colored yarn with varying joining methods. The linkage between each sub-element raised some difficulty. I ended up using the wire and crystals, as one is thin and the other transparent. The result resembles the quality of the collage because it seems that each element is faintly connected to one another. 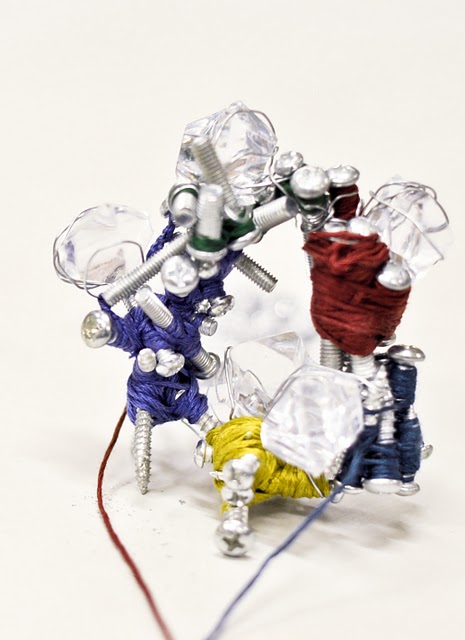 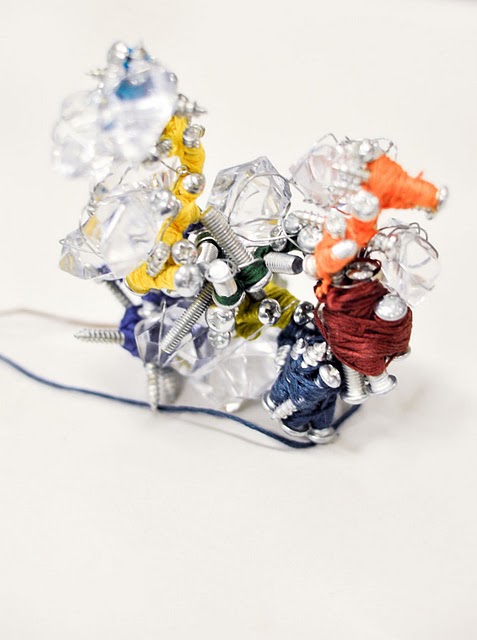 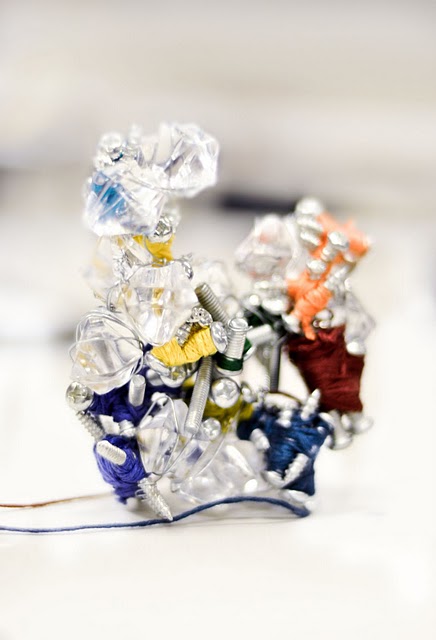 I grouped the sub-elements into another sub-element which form the new structure. They can be arranged in infinite(well almost) ways to create different combinations. 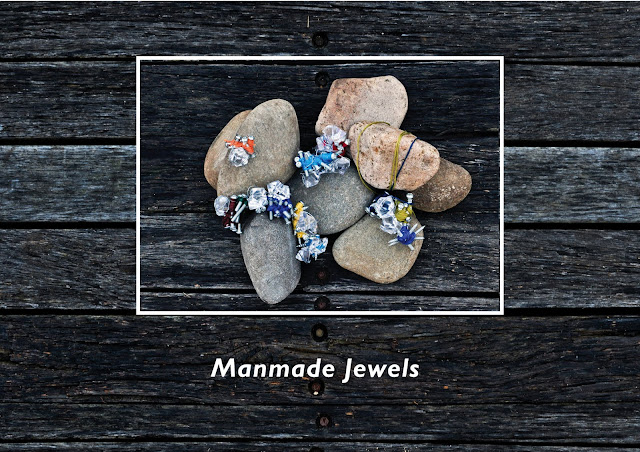 Even though the materials are all manmade but the structure itself has organic qualities. I had the idea of photographing them against rocks. I also found the grain of wood add to the texture and organic quality so I incorporated both. I did not stack the elements together in this photo because I wanted to make them look as if they are gems/jewels discovered in nature, in between the cracks of rocks or wood. The the colors of the jewel become even more vibrant against the neutral colored rocks. 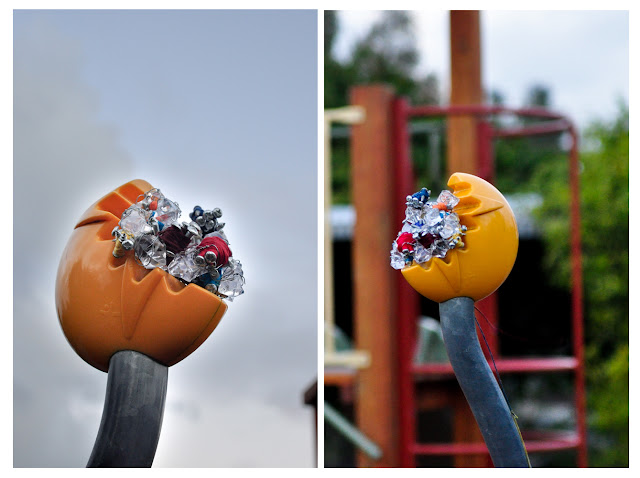 Walking around, I saw this structure on a playground, I had no idea what it was for. But I though it's a perfect holder for the pieces, so I placed them on there and took the pictures. I found it suitable for its vibrant colors, and metal - all parallel to my structure 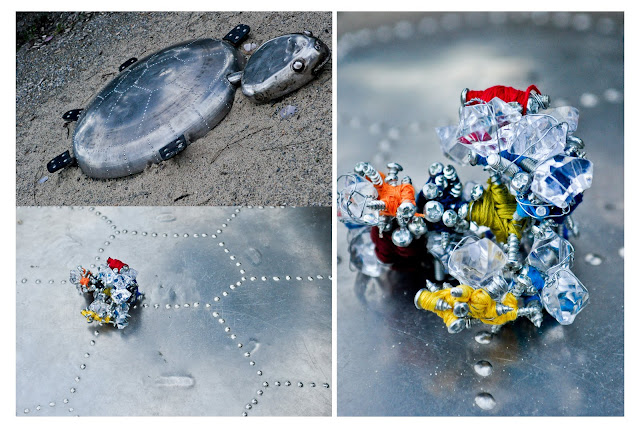 Also found an very interesting turtle made of metal. My structure had shared the same component - the screws. Aslo it juxtaposes nature and manmade - the theme of my structure. Both are organic, yet had a very industrial look.
Posted by Jing at 22:58 No comments: